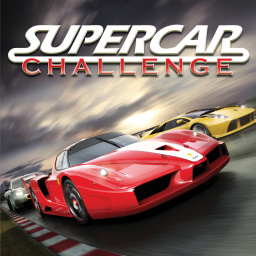 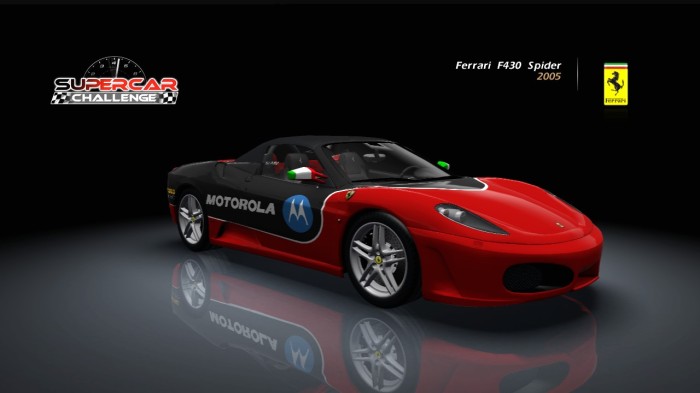 This is one of those strange liveries where I just ran out of layers because manufacturer’s logos need to be scratch-built and because of the scaling limitation. This means that the grey / white pattern is created using a dozen vinyls instead of, perhaps, six. Still, I got a MOMO logo done and a decent Motorola logo.

The Motorola logo is created using two triangles with a stretched blue semi-circle blanking out the bottom. The text is created using two M, R, and A Solid Text vinyls placed offset horizontally to create the thickness of lettering. The other letters are created using primitives with the center of the O being a smaller circle that is the same colour as the background (Panther).

The MOMO logo was deliciously easy to create. The M is made of four box primitives. The O is made of two box primitives with the center of the O being a smaller box that is the same colour as the background (Panther). There wasn’t enough layers left to place the word ITALY under the MOMO logo so I made do with the System 3 Pattern vinyl.

One strange thing that I had to go back and fix is that the livery editor draws the car with the top up (that’s why I chose the Panther grey). However, it is, of course, a Spider and when you’re racing in the dry there is no top. This meant that my white lines around the rear Top/Hood of the car, which were created using the curved-sided triangle, had now-visible overlaps into the area behind the headrest that is normally hidden by the top.